I got my start in show business at the age of 18 months in a commercial for Pampers and appeared in over 50 commercials throughout the 1970's as well as appearing in lead and principal roles on Broadway, TV and Film.

In this production, I was hired as the understudy for the role of Louis as well as a swing for the Royal Children wearing a black wig and full body make-up so as to appear Siamese.

When Yul Brynner took his vacation, the producers decided to bring in Angela Lansbury as the star-draw for the 3 week stint. Mr. Brynner's understudy, Michael Kermoyan filled the role as King. This was an exciting time to behold the production transformed before my eyes.

I rehearsed with Ms. Lansbury a few times but I never got the chance to perform with her, as I was understudy at that time.
Standing in the wings, she would always chat with me before making her entrances. 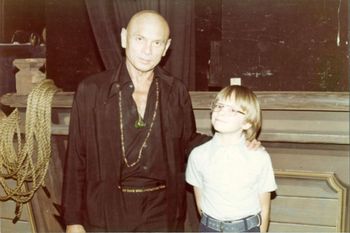 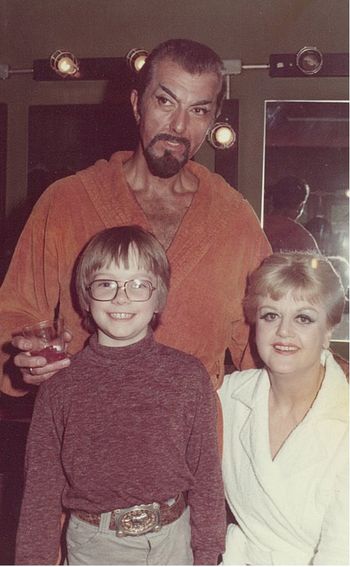 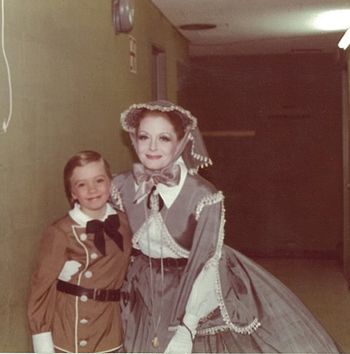 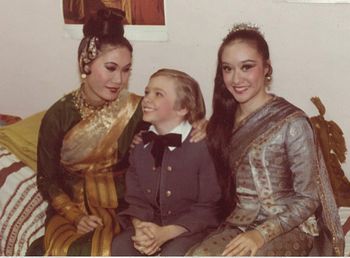 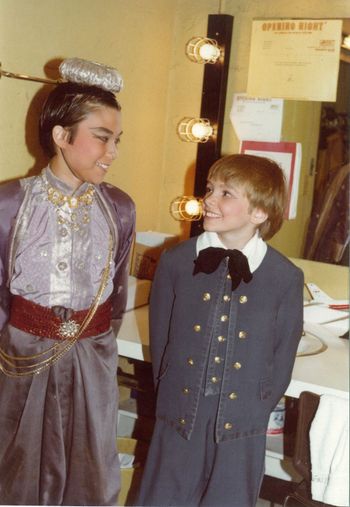 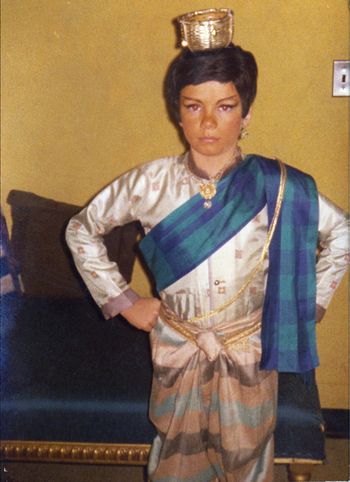 Thor Fields as one of the Royal Children

This production toured the United States breaking all world records for attendance and also played at Lincoln Center’s State Theater in New York City. It was filmed for HBO at NYC's Winter Garden Theater.

Mr. Burton was a perfect gentleman and a loving, caring fellow actor. On my 12th birtday, at the curtain call, he stepped forward and announced to the audience of the occasion, bringing me front and center. He called for the prop dept. to retrieve Excalibur and had me kneel before him. Mr. Burton then stated: "I knight thee, Sir Thor" at which point he led the audience of 2300 in a rendition of "Happy Birthday".

During the year long tour, Mr. Burton, would frequently ask me and my Dad to join him in his limo for a ride back to the hotel after the show.

Mr. Harris (who had taken over the role in the 2nd year of the tour) was equally kind, yet charmingly boustrous! 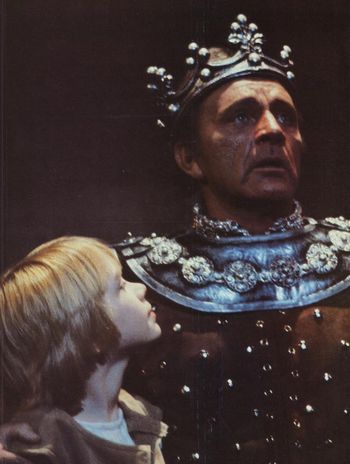 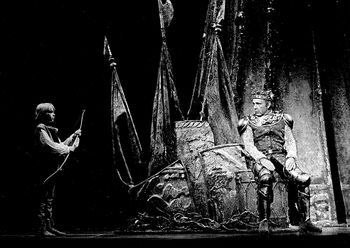 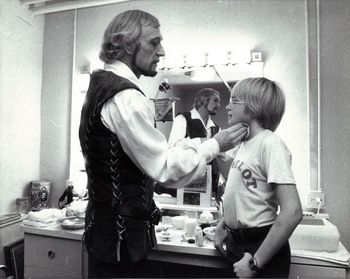 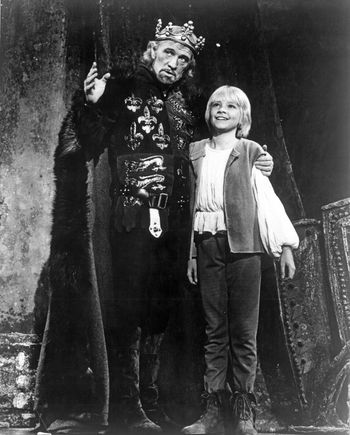 What an incredible cast! I have fond memories of Ms. Grimes. The dress she wore in the show was a very tight fit, therefore she was on a strict diet. On matinee days, between shows, she used to "secretly" send me to the store to buy her a box of Entenmann's chocolate chip cookies. It was our little seceret and it drove her dresser crazy! 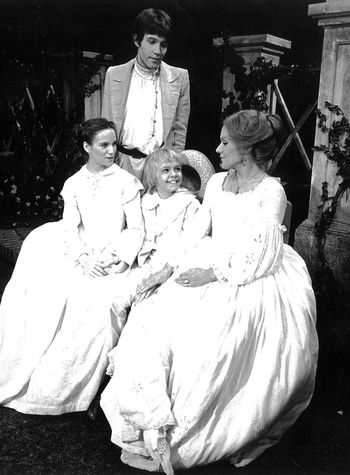 We rehearsed with Mr. Keitel for 3 or 4 weeks. What an extraordinary experience that was. Working scenes with him was, for me, a lesson in being "present" on the stage. Unfortunately for us, he left the production (to shoot a film) before we opened . Stephen McHattie stepped in to this enormously difficult and dramatic role with only a few days rehearsal. His focus and professionalism were an inspiration. 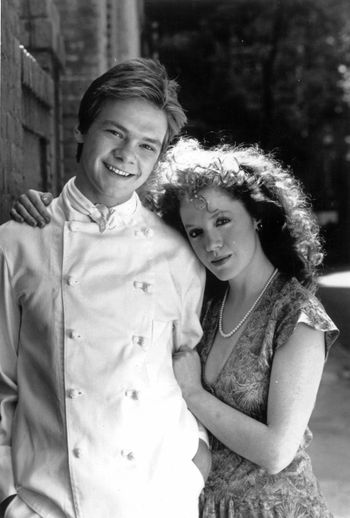 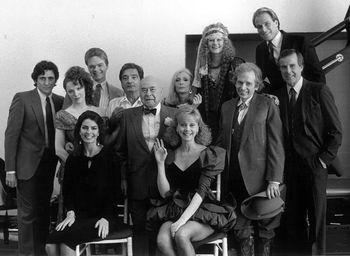 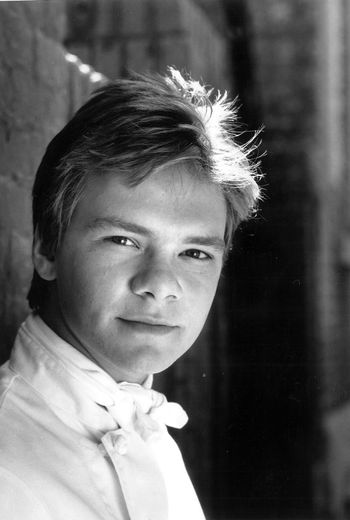 I appeared on one episode entitled: Stephanie's DanceWorking with Mr. O'Connor was a delight. Initially, frightened by the iconic character of Bunker, he quickly set me at ease with his warm personality (no NY accent either).  From the first "table read" on Monday, through shooting on Friday, he continued to improvise and develop the scenes. I took it as a badge of honor when he refered to me as "little meat-head".